About 10,000 CWAers and allied partners joined CWA's telephone town hall call on Feb. 2, and listened as Senator Elizabeth Warren (D-Mass.), former Labor Secretary Robert Reich and CWA President Chris Shelton talked about how activists can take on Wall Street and the "too big to fail" banks.

The call kicked off CWA's national campaign, "Take on Wall Street." Listen to the call here. CWA, other unions, environmental and community allies and others together will be taking on Wall Street in a major member mobilization.

Shelton said that across the board, people, whether Democrats, Republicans or Independents, are fed up with Wall Street's overwhelming power in our nation's economy and politics. "We've seen the 1 percent grow obscenely wealthy while everyone else's wages stagnate. We've seen the corporate push for job-killing trade deals like the Trans-Pacific Partnership, and coordinated attacks on public and private sector workers from the Supreme Court to statehouses and every place in between. We see our democracy being drowned by the unchecked mega-contributions of the Wall Street "banksters" and hedge fund moguls. Behind all of these developments is the out-of-control power of Wall Street and the big banks," he said.

Warren, who Shelton described as "Wall Street's worst nightmare, has fought to safeguard working families from big banks, predatory lenders, insurance companies, payday lenders and others financial schemers. Following the 2008 Wall Street crash, she pushed for creation of the Consumer Financial Protection Bureau, which so far has forced banks and credit card companies to return $11 billion to consumers.

Warren noted that after the Great Depression in 1929, "government put a cop on Wall Street, by creating the Securities and Exchange Commission. It made it safe for ordinary people to put their money in the bank, by creating the Federal Deposit Insurance Corporation (FDIC). It separated 'boring' banking from high-flying, risky investment banking by enacting the Glass-Steagall Act in 1933," changes that worked for more half a century, she said.

But in the 1980s, the political winds changed. Regulators looked the other way, financial institutions found new ways to trick people, on credit cards, loans and other products, and the wall between 'boring' banking and risky investment banking came down, allowing bankers to use FDIC-insured deposits by ordinary people for outrageous investment schemes, Warren said.

She outlined five changes that will make a real difference in stopping banks and financial institutions from cheating working Americans and improve our financial markets:

"The relationship between wealth and power has become all too apparent. The more wealth that goes to the big banks, the more power they have to rig the game in their favor," he said. "That's why we need the countervailing power of CWA to take on the big banks. It will be a long fight, and not easy, but we can do it," he said.

This year, CWA will train at least 900 members in one-day workshops, and with allies we will fight back. Training already has been held in the Northeast, another session is scheduled for Austin, Tex., in April. You can take action right now. 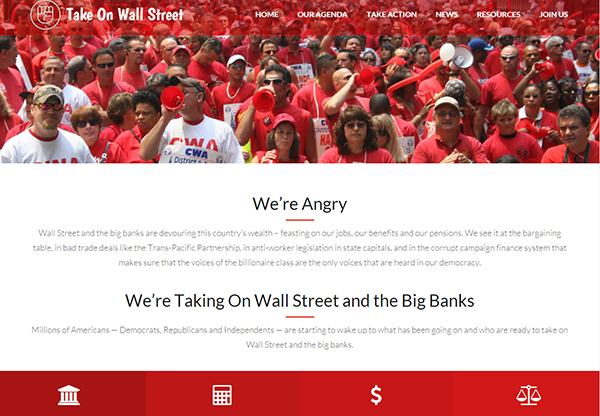 CWA President Chris Shelton issued this statement on the results of the Iowa Caucuses:

What an incredible night! Just one month ago, Senator Sanders trailed by double digits in Iowa polling. That picture has fundamentally changed. Sanders's message of restoring an America that works for all of us has been spreading throughout the country, engaging first time voters, young people, independents, even conservatives. New Hampshire is the next stop in a campaign that continues to energize millions of Americans.

More than a million individuals made a record 2.5 million donations to the Sanders campaign last year, and there's no sign of this grassroots-powered support diminishing. Senator Sanders will continue to push forward for the political transformation that working families want and CWA stands solidly behind him.

CWA members were "boots on the ground" in Iowa, making phone calls, walking neighborhoods and working to get out the vote. That same energy is at work in New Hampshire, Florida, Texas, Colorado, Virginia, Georgia, Minnesota, Nevada and many other states, where working people are embracing Sanders's call for the wealthy and corporations to pay their fair share, to end "too big to fail," to get big money out of politics and to restore income equality and fairness.

CWA has more than 300,000 active and retired members in the states that will hold primaries between now and April 1. In California, Texas, New York, New Jersey, and Ohio, where CWA has its largest numbers of members, activists are engaged in worksite actions, staffing phone banks, and signing up new contributors to CWA's political program ahead of the 2016 election.

Senator Sanders Pledges That as President, He Will Refuse to Sign the TPP

"As president, I will not sign this disastrous trade agreement if passed by Congress."

That is the commitment that Senator Bernie Sanders made at a news conference in Concord, N.H., yesterday.

Our trade policies, from NAFTA to the TPP, have been a disaster, written by multinational corporations, to throw American workers out on the street, Sanders said. "As your president, not only will I make sure that the TPP does not get implemented, I will not send any trade deal to Congress that will make it easier for corporations to outsource American jobs overseas."

CWA activists are staffing phone banks, walking their precincts and doing what it takes to support Senator Bernie Sanders in his bid for the Democratic nomination for President.

Iowa was the focus last week, but CWA members in 34 states already are gearing up to organize and mobilize for Sanders. 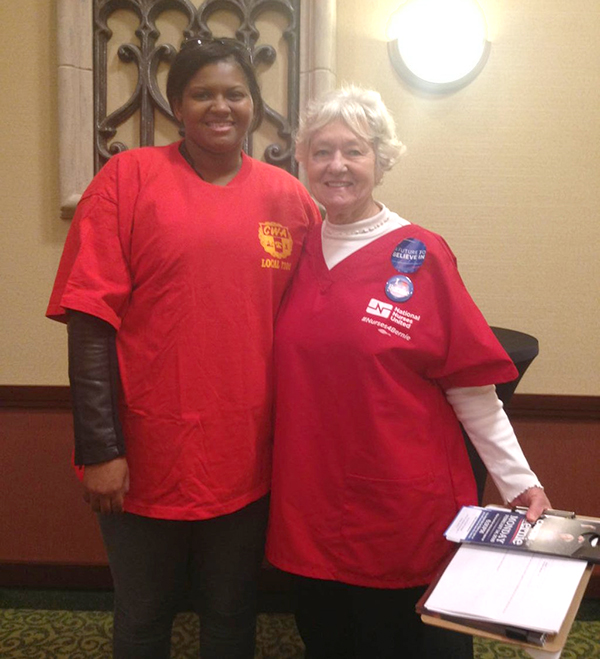 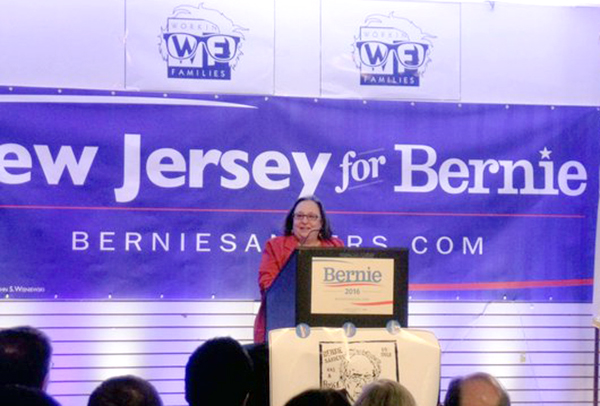 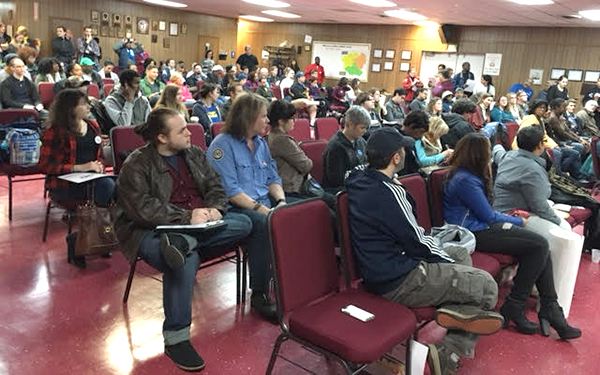 More than 300 volunteers filled CWA Local 3204's union hall in Atlanta to learn how they can help the Bernie Sanders campaign. 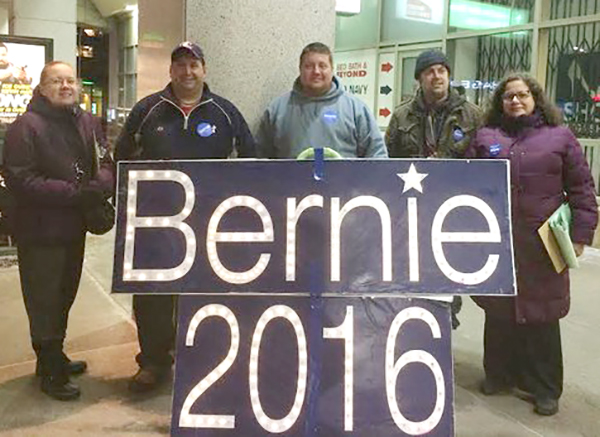 Members of CWA Local 1106 in Queens, N.Y., are collecting signatures to get Bernie Sanders on the New York ballot.

CWA in the Media 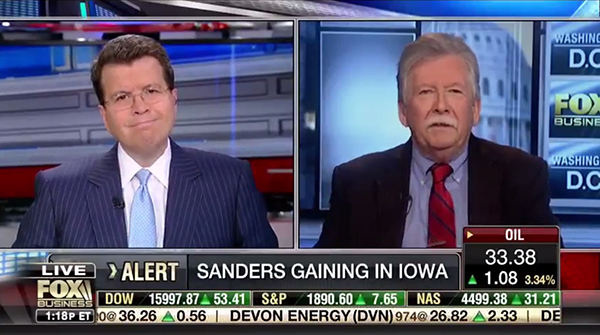 In this piece by In These Times reporter David Moberg, Shelton outlined CWA's process for political endorsement that gave "members the power to decide directly whether to endorse and whom to endorse."

No Endorsement for Members of Congress Voting for Fast Track

Activists warned members of Congress that voting to "Fast Track" the Trans-Pacific Partnership (TPP) would have consequences in election year 2016. Now, because of their votes, Reps. Eddie Bernice Johnson (D-TX) and Ami Bera (D-CA) are feeling the sting of being denied endorsements this election cycle.

By voting to Fast Track the TPP, Johnson and Bera relinquished their constitutional responsibility to debate and offer amendments to this destructive trade agreement that was negotiated in secret for more than five years. They sided with corporate lobbyists and big business, instead of the constituents who asked for their help: workers, veterans, environmentalists, community activists and others.

In California, Democrats are making sure that Bera is held accountable for his vote. First, two local Democratic clubs in Bera's district voted not to endorse his reelection bid. Now, Sacramento County Democratic Party activists have decided not to endorse him, either. By not reaching the 70 percent threshold needed to secure their support – a huge setback for an incumbent – Bera will now have to beg for Democrats' nod at the party convention at the end of this month.

"This is an obvious showing that delegates in the district are not happy with Congressman Bera's voting record," Robert Longer, political and legislative director for the CWA Local 9421 told the Sacramento Bee. "Normally, this is a matter of course; normally, he would have received the endorsement no problem. However...about 40 percent of the delegates decided that no endorsement is better than endorsing."

A months-long campaign by AFA-CWA has resulted in the introduction of federal legislation to fight human trafficking.

"As aviation's first responders we are charged with the safety, health and security of the passengers in our care," said AFA-CWA International President Sara Nelson. "Traffickers steal lives. But for a window of time, we can see it and report it. Millions of innocent victims are trafficked throughout the world each year, and many are transported on our planes. We are proud to work with Representatives Titus and Comstock to move this important legislation to reality in our workplace. With proper training we can be 100,000 eyes in skies saving lives."

The bill requires training for Flight Attendants, pilots and dispatchers of air carriers to identify and report human trafficking.

"Human trafficking doesn't happen just on the ground. That's why members of the airline industry are in a strong position to help stop these crimes," said Rep. Dina Titus (D-NV-01). "The SOS Act will close off the skies to traffickers by providing training to professionals who know their way around aircraft. I thank the nation's Flight Attendants for their commitment to fighting these heinous crimes. They know we have to spot the signs to stop the crimes."

The infrastructure and training mechanisms are already in place through the Department of Transportation's Blue Lightning Initiative, launched almost three years ago on June 6, 2013. Blue Lightning teaches airline personnel on a voluntary basis about common circumstances with human trafficking in order to recognize and report these instances to law enforcement for swift action. AFA-CWA launched a public campaign on June 1, 2015, to promote the provisions of the SOS Act.

"It is critical that we are ever vigilant in the fight against the heinous crime of human trafficking," said Rep. Barbara Comstock (R-VA-10). "Every day, Flight Attendants see and interact with children on the thousands of flights across our country and throughout the world. They are the eyes and ears in this constant battle, and this legislation will give them the tools to save the most vulnerable in our society and fight this terrible scourge. I want to thank Congresswoman Titus for working in a bipartisan manner on this important legislation."

"Everyone immediately recognizes the horror of human trafficking, but we must turn our outrage into concrete action to stop it," Nelson said. 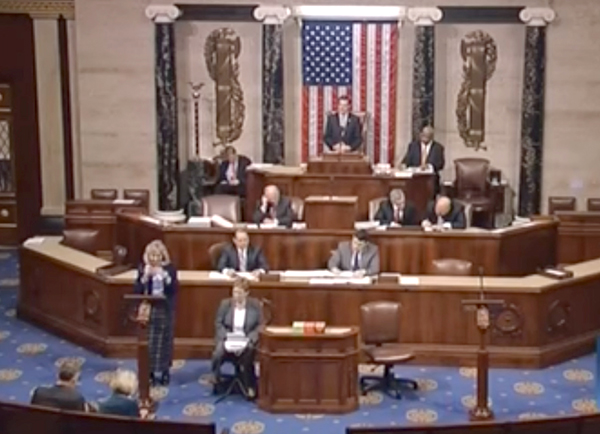 Tufts University economists have confirmed what CWA and allies have been saying all along: The Trans-Pacific Partnership (TPP) would destroy U.S. jobs and cut workers' wages.

Among the study's findings: 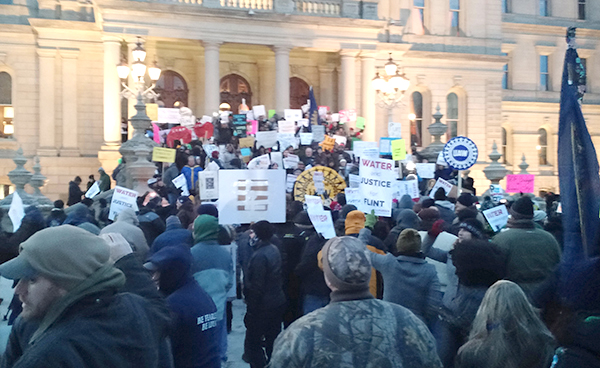 Members of CWA Locals 4009, 4034, 4013, 4123 and CWA staff joined hundreds of union and community supporters outside the state Capitol in Lansing, Mich., protesting the lead-poisoned water in Flint, Mich., and the outrageous treatment of Flint residents by Governor Rick Snyder (R) and other state officials. The governor's email show that state employees in Flint were provided with bottled drinking water a year ago, while the complaints of residents, physicians and some public health officials were ignored. Lead is especially harmful to children in terms of brain and physiological development.

The Gawker media blog has it right: "Union membership is holding steady at not enough."

According to the Bureau of Labor Statistics, union membership in the U.S. held steady at 11.1 percent last year, unchanged from the year before. Membership among public workers was 35.2 percent, consistent over past decades. Private sector union membership was just 6.7 percent.

The Center for Economic and Policy Research breaks down the numbers here.