Wells Fargo, the biggest beneficiary of the Republican corporate tax cut bill, is set to make $3.7 billion from the bill. Instead of passing that windfall onto workers or investing in communities, they're sending jobs to countries with lower tax rates and poorer working conditions.

CWAers are fighting back. On Tuesday, the day of Wells Fargo's annual meeting in Des Moines, workers rallied across the country to tell Wells Fargo to stop offshoring jobs and keep call center jobs in our communities.

CWA supports federal call center legislation, backed by pro-worker Senators such as Bob Casey (D-PA) and Sherrod Brown (D-OH) in the Senate and by a bipartisan group in the House, which would make U.S. companies that offshore their call center jobs ineligible for certain taxpayer funded grants and loans. The bill would give U.S. consumers a right to know where they are calling and to be transferred to a U.S.-based location, and create a public list of companies that offshore call center jobs. 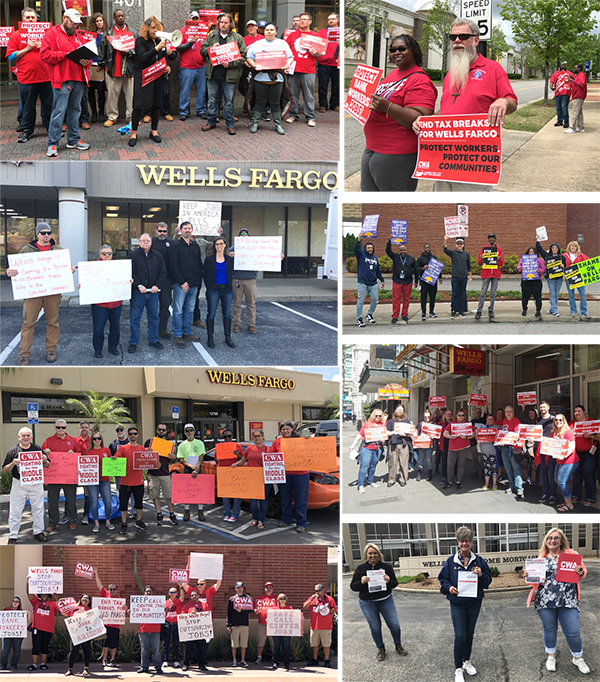