Nelson joined filmmaker Abigail Disney and former Disney theme park custodian Artemis Bell for the keynote. The group discussed Disney’s new film, “The American Dream and Other Fairy Tales,” and Nelson stressed the importance of widespread union organizing to hold corporations accountable and to ensure that profits are directed toward workers and not to Wall Street. “We have to take on Amazon, Starbucks, Disney, Delta Air Lines – we have to take on these companies together. Because if they're allowed to get away with undermining anyone, they're going to do it everywhere,” Nelson said. 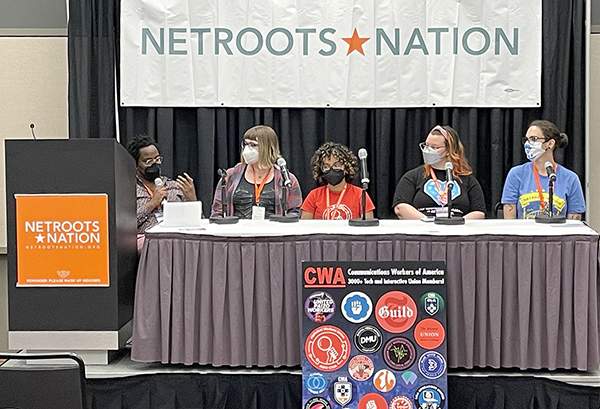