On April 15, in a letter published in the Boston Globe, more than 100 labor leaders, lawmakers, environmental activists, and allies called on General Electric (GE) to stop outsourcing and offshoring American jobs. The letter is part of a broad campaign led by IUE-CWA Local 81201 to convince GE to reinvest in workers and manufacturing facilities in Lynn, Mass., and throughout the country.

The letter explains that GE "focused on financial engineering when the world needed electrical engineering," engaging in business practices that accelerated a "race-to-the-bottom economic model that has gutted the American middle class." The signers urged the company to create more and better jobs that would improve the U.S. economy, combat climate change, and safeguard national security.

The letter and more information about the campaign are available online at GE Stop Outsourcing. 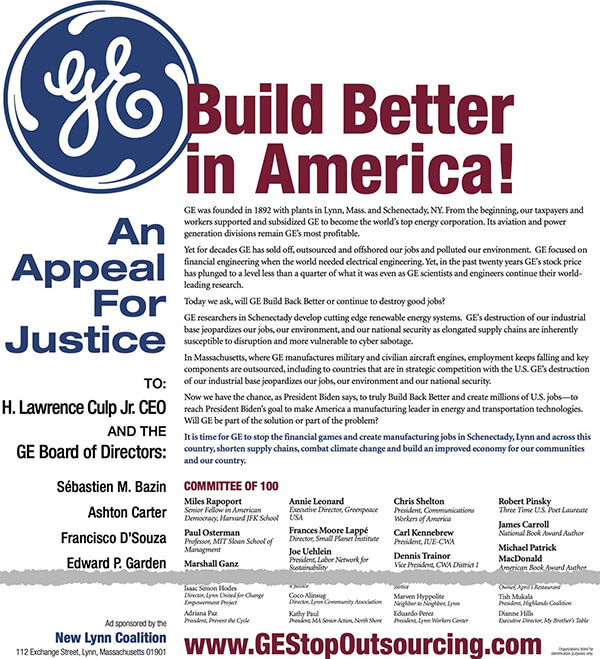 eNewsletter Issue:
Apr 22, 2021 - How to End Outsourcing and Bring Back Jobs, and other news