CWA, as part of a coalition of more than 20 labor unions and activist groups, has launched a national campaign to fight back against Wall Street's overwhelming power in our nation's economy and politics. Take On Wall Street will push for a tough, concrete agenda to make the economy fairer for working families.

This election season has made clear that Americans are frustrated by a corrupt, rigged system that rewards the billionaire class over working families. Wall Street destroyed the economy in 2008, and while many families still haven't recovered from the effects of that recession, Wall Street is now doing fine.

CWA President Chris Shelton outlined the campaign and how CWA activists already are gearing up for the fight in a Huffington Post column. 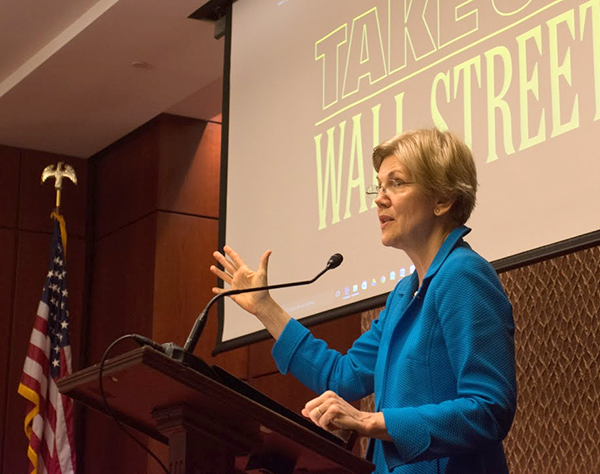 Sen. Warren rallies activists at the campaign launch of 'Take on Wall Street.'

"This will not be an easy fight," Senator Warren said. "Wall Street has money – they have money and access to a lot of senators and congressmen. We are in this fight because someone has to be willing to fight back – and that's us." 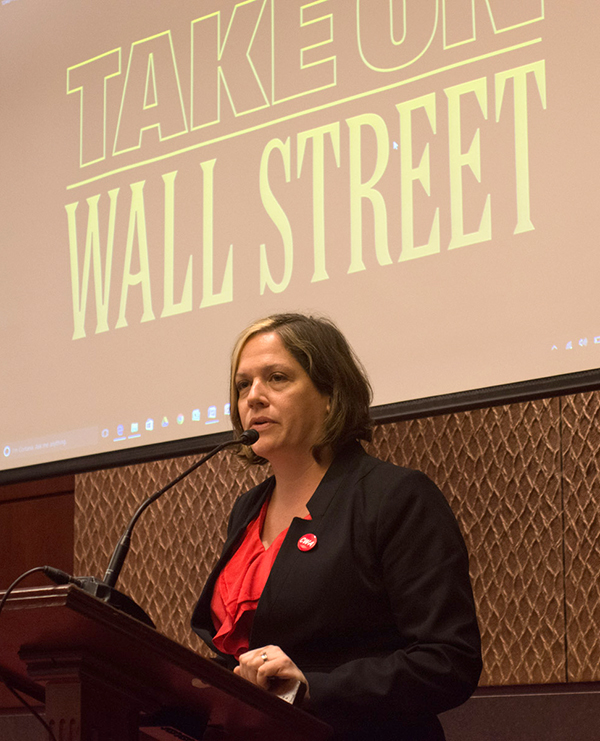 CWA Sec.-Treas. Sara Steffens tells the coalition that, "we're all in to take back our economy for working people."

Join the campaign, and take action.