On the final day of Democracy Awakening in Washington, D.C., CWA President Chris Shelton, Secretary-Treasurer Sara Steffens and nearly 80 CWA activists joined more than 300 hundred protesters who were arrested at the U.S. Capitol as they called for action to restore our democracy. 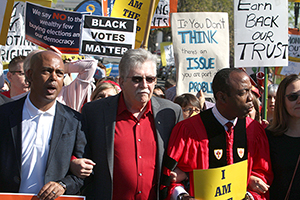 Members from more than 300 organizations came to Washington for three days of "Democracy Awakening," including teach-ins and workshops, a rally and prayer vigil and marches all culminating in the arrests of 300 protesters on the steps of the U.S. Capitol Hill.

The message carried by protesters and witnesses was this: When it comes to ensuring voting rights, getting big money out of politics and moving to fill the recent vacancy on the U.S. Supreme Court, Congress is failing to do its job and ignoring the will of the people.

Shelton called the event the "second American revolution," in which millions of working families would unite to take our country back from the 1 percent.

"We know that, on our own, CWA cannot restore workers' rights or win the financial reforms we need to put working families back on track. The same is true for the critical issues facing environmental groups, consumer advocates and social justice activists. We can't go it alone. But when we join together, as we have in the past, we can move our democracy forward. We know this. When every organization makes restoring our democracy at least its second most important issue, we can succeed," Shelton said. 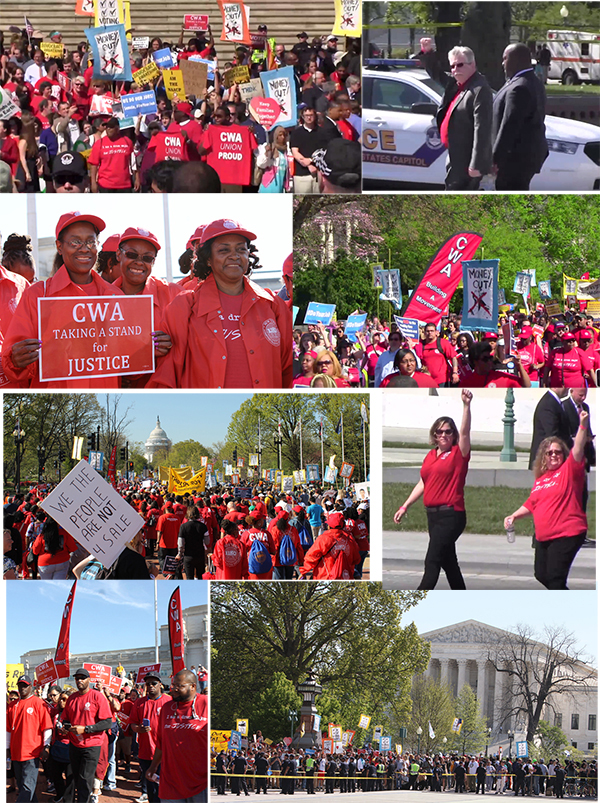 CWAers from Texas to Ohio to New Jersey came to Washington, DC, to stand up
for our democracy.