Audubon workers who overwhelmingly won their union election last year are continuing to face resistance, and even discriminatory behavior, from the environmental nonprofit at the bargaining table. Audubon’s outside negotiator has employed clear anti-union and anti-worker tactics and has disrespected and discriminated against Audubon’s LGBTQ+ employees by disregarding their proposals to ensure equity and respect in the workplace and making light of preferred pronouns.

In response, the workers teamed up with workers from other environmental groups facing similar anti-union sentiments and discrimination from their employers and launched an “Earth Day to May Day” week of action. The week of action kicked off on Earth Day with a virtual rally on Instagram Live hosted by Audubon for All/CWA and Defenders United, as well as an in-person rally in New York City, and will run ten days until May Day, or International Workers’ Day, on May 1, 2022. More details on the series of events can be found here. 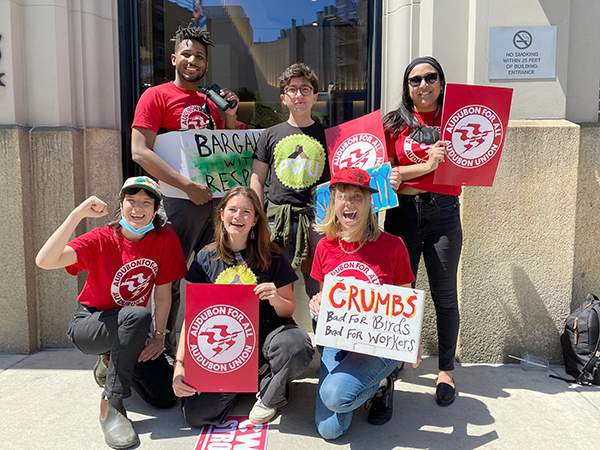 Audubon for All/CWA members rallying outside Audubon Headquarters demanding fair bargaining and an end to union-busting.

Workers at the Hudson Youth Center in upstate New York, members of CWA Local 1120, unanimously ratified their first contract. The contract includes pay raises, increased vacation time, job security language, extra floating religious holidays that reflect the diversity of the community and the workers, and retirement benefits. The workers began organizing with CWA after being inspired by CWA Local 1120’s political and social justice mobilization in the community. After the workers unanimously decided to join CWA, they were joined by Kamal Johnson, the mayor of Hudson, N.Y., and community members in a successful march to city hall to demand voluntary recognition from the City Council. 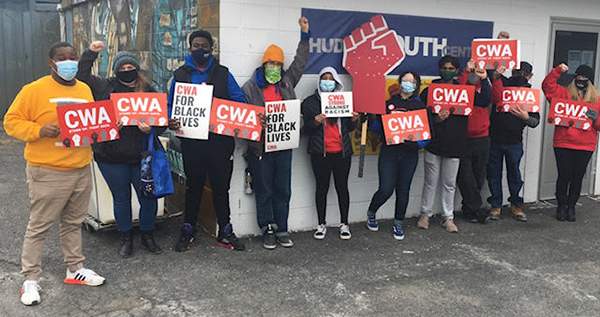 CWA District 7 members at Lumen (formerly known as CenturyLink) are mobilizing to prepare for bargaining their next contract, which expires in less than a year. The workers have launched an “I’m All In For A Fair Contract” Pledge Card Campaign. Members have been engaging by signing the pledge, wearing red, and building solidarity through online actions. 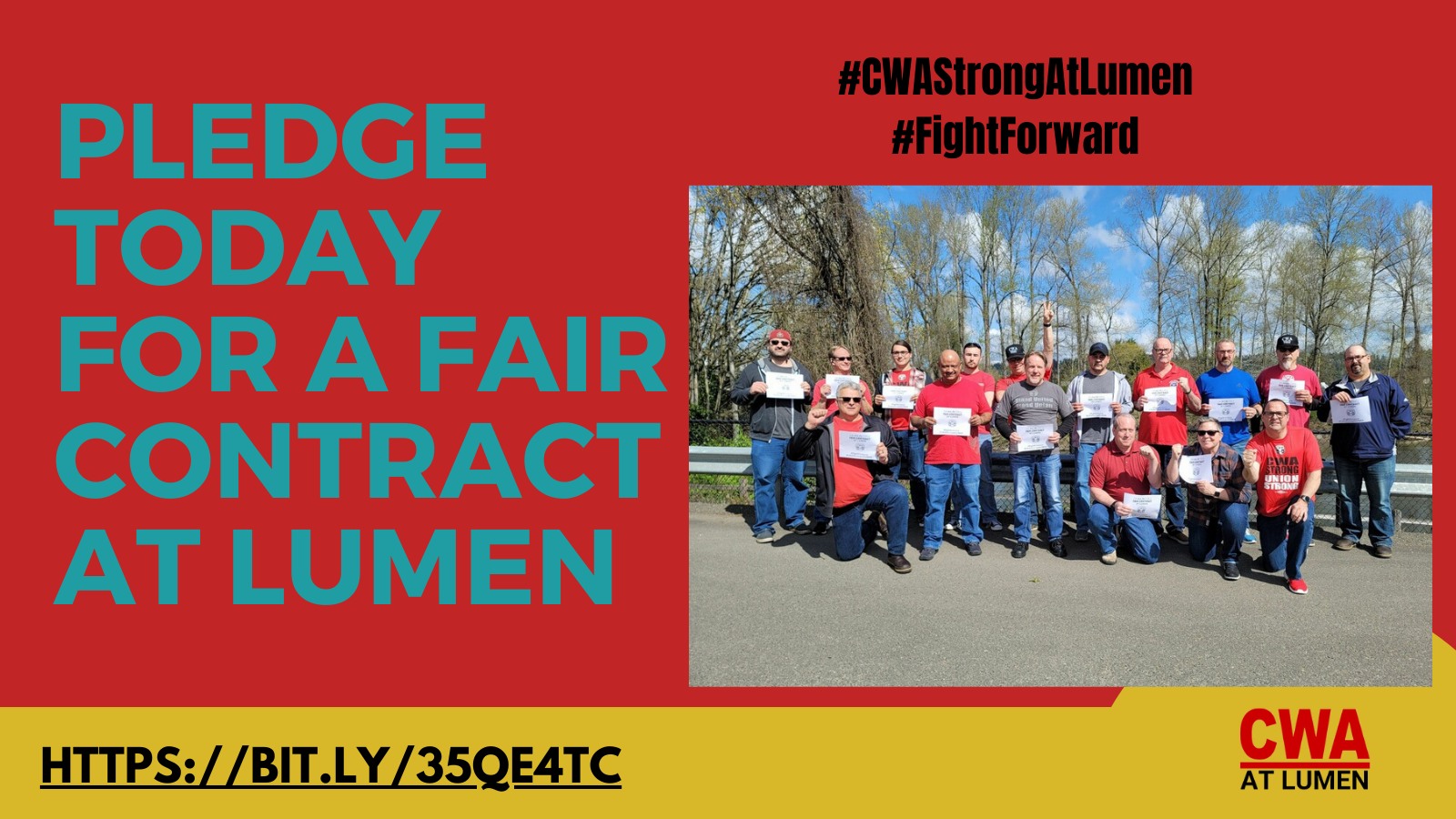