NABET-CWA opened negotiations with ABC/Disney on Sept. 20 for a new master agreement.

CWA President Chris Shelton joined NABET-CWA President Charlie Braico and the union's Network Negotiating Committee at the opening session and pledged the support of all CWA members and retirees in this fair contract fight. Charlie Braico reminded management that union members at Disney/ABC were united in their proposals for a fair contract and would be mobilizing to make that a reality.

The NABET-CWA bargaining committee opened negotiations with ABC/Disney on Sept. 20 for a new master agreement.

Based in Tulsa, Okla., Omni operates international and domestic passenger charters and provides cargo and troop airlift for the U.S. military.

They informed fans attending the game that while AT&T revenues are growing and the company's CEO makes a whopping $11,530 per hour, executives want big cuts from workers, including shifting more health care costs to workers, slashing benefits, and cutting wages for high-skilled work. 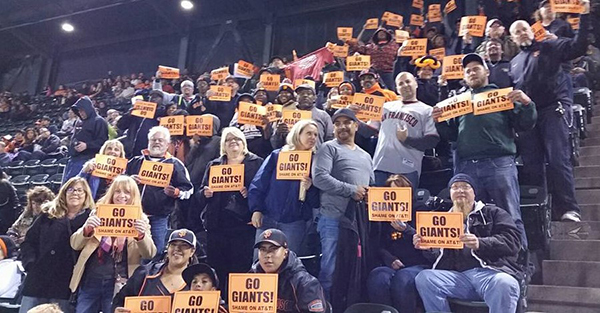 CWAers taking a stand against AT&T's demands for cuts in benefits and working conditions.