CWA members who work in Lawrence, Kan., public schools are speaking out. After weeks of negotiations for a first contract, they say the most recent offer from the school board, which included a 2 cent per hour pay raise, was “a huge insult.” The bargaining team countered by proposing a $3 per hour pay raise to bring the minimum hourly wage for most members to $14.

In June, the board voted unanimously to recognize the Personnel Association of Lawrence–Communications Workers of America (PAL-CWA Local 6400) as the bargaining unit for hourly employees, including custodians, secretaries, electricians, and maintenance and food service workers.

As reported by Trish Masethin in the Lawrence Times, Chrystal Hunter, a member of the PAL-CWA bargaining team, said current wages are so low that some school employees rely on food stamps and other public assistance while administrators make six-figure salaries. “If COVID has taught us anything,” said Hunter, “it is that we are a community and that we need to help and uplift one another, especially those in the most need.” 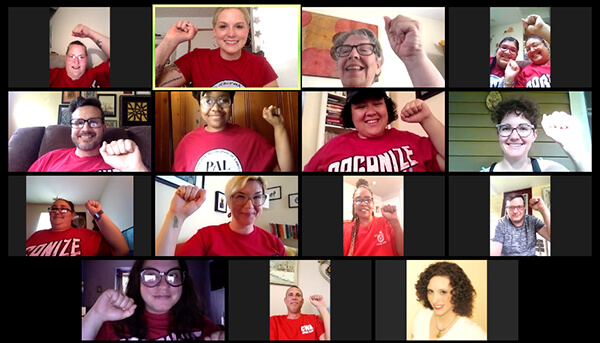 PAL-CWA Local 6400 members are fighting for a fair first contract.

Almost 2,300 public sector workers across 13 state agencies reached a new collective bargaining agreement with the state of New Mexico, effective July 20. Members of CWA Local 7076 voted overwhelmingly in favor of the agreement. Local officers said they were pleased with the outcome for state employees and thanked Gov. Michelle Lujan Grisham for listening to workers and signing a much-needed update.

Members of NABET-CWA Local 43 in Detroit, Mich., have ratified a 3-year contract extension agreement with WDIV-TV. The contract provides for a 3% wage increase immediately, with another 3% increase in 18 months. The agreement came a month after the previous contract expired at the end of June.

Workers at The New Yorker, Pitchfork, and Ars Technica have unanimously ratified their first union contract with Condé Nast as members of The NewsGuild of New York (TNG-CWA Local 31003). The contract includes raises of up to 76% for some members and a salary floor of $60,000 to be in place by 2023. They also won just cause and a ban on non-disclosure agreements.

After 6 months at the bargaining table, workers at KPFA-FM radio in Berkeley, Calif., have ratified a 3-year contract for members of CWA Local 9415. The contract includes pay raises of 9.3% over 16 months, a more powerful health and safety committee, and maintenance of current health, dental, and retirement benefits. 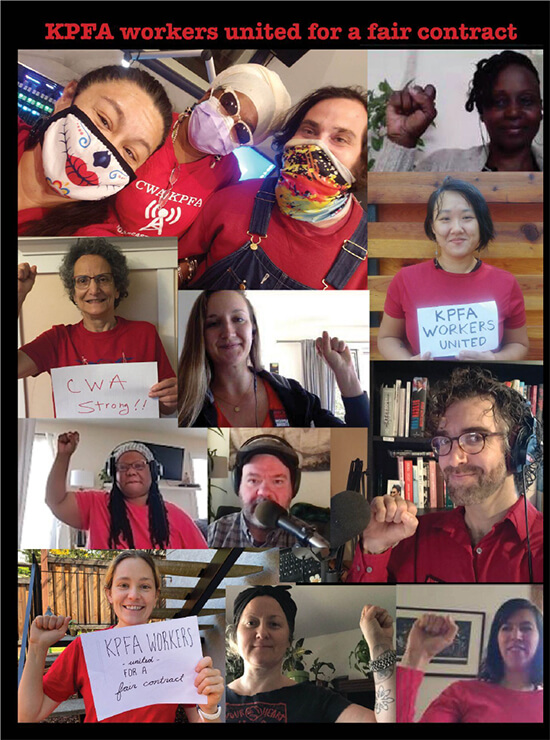