CWA Local 1088 members at the Ocean County New Jersey Board of Social Services have ratified a new contract including a path to reduce long-standing wage disparities and safe working conditions for more than 200 members. The contract included no concessions from members and a workplace safety plan that included making vaccines available to workers and other health and safety protocols.

Pat Self, the newly-elected president of Local 1088, said, "I am so proud of what our small local was able to accomplish. We showed the power of unity and solidarity. We know we didn't do this alone and really appreciate all the support we received from the national staff and our community partners." 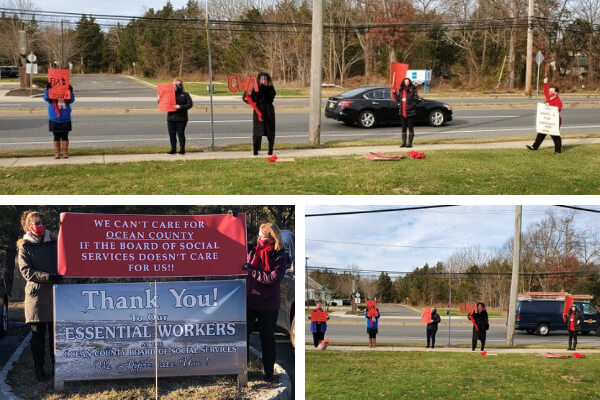 NewsGuild of New York-CWA Local 31003 members at Fortune magazine staged a 24-hour walkout on Tuesday to protest management's bad faith in first contract negotiations and to demand a fair, equitable collective bargaining agreement. Among the issues in contention are diversity, salary transparency, pay equity, and a performance evaluation system based on production quotas and traffic metrics that management implemented unilaterally, in violation of labor law.

"We came in thinking negotiations were going to be a back-and-forth, and that's not what we've found," said McKenna Moore, an audience editor and reporter and Fortune Union's first vice chair. "We're frankly done asking nicely...So today we're walking out and withholding our labor for 24 hours."

IAPE NewsGuild-CWA Local 1096 has filed a complaint with the National Labor Relations Board alleging Dow Jones & Co., publisher of The Wall Street Journal, has refused to negotiate in good faith over pandemic benefits.

Members have spent considerable amounts on their work-from-home setups and are demanding more than a $150 stipend management gave them to work from home. Members have been working from home for a year and the union has repeatedly urged Dow Jones to do more to take care of employees during the pandemic. 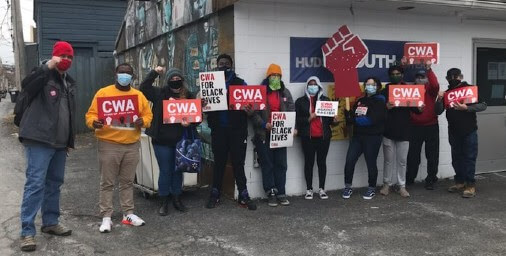 CWA Local 1120 members joined workers from the Hudson Youth Department to march to the Hudson, N.Y., City Hall and ask Mayor Kamal Johnson to support their fight to join CWA. While other City departments are members of the Civil Service Employees Association (CSEA) and other unions, and the Hudson Youth Department workers receive health insurance through CSEA, they are currently not represented by any union. All 22 Youth Center workers have signed on in support of joining CWA.

Pittsburgh Post-Gazette and the Toledo Blade 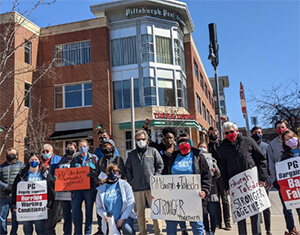 eNewsletter Issue:
Mar 25, 2021 - Our New Labor Secretary is a Union Member, and other news