This week, CWA members in Puerto Rico who work at AT&T Mobility ratified a four-year agreement covering 900 workers. The new agreement provides wage increases, maintains existing pension plan and health care benefits, restricts subcontracting, and contains a guarantee that customer calls will continue to be handled on the island. The contract also adds protections against discrimination based on marital status, sexual orientation, and gender identity and expression.

"When working people join together in unions, they have the power to protect their jobs and strengthen their communities," said CWA District 3 Vice President Richard Honeycutt. "This contract ensures that AT&T will keep family-supporting jobs with fair compensation and good benefits in Puerto Rico."

During negotiations, CWA members' efforts to raise awareness of the need for AT&T to commit to keeping jobs in Puerto Rico drew broad public support. Members of Congress, led by Rep. Darren Soto (D-Fla.), weighed in with a letter expressing concern that AT&T continue to provide good jobs as Puerto Rico recovers from the devastation of Hurricane Maria. 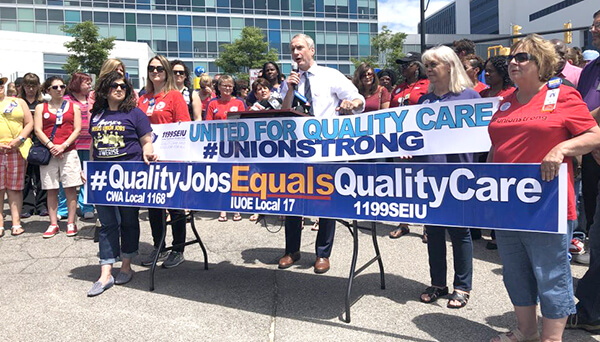 After months of negotiations with management, the union bargaining committee secured a three-year Tentative Agreement with Kaleida Health covering 7,200 union members from CWA Local 1168, IUOE Local 17, and 1199SEIU. Details of the Tentative Agreement will be made available at an upcoming membership meeting. 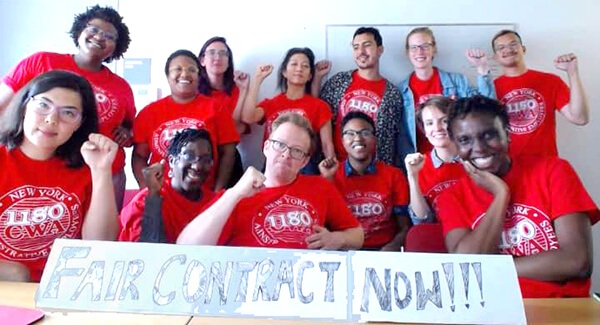 At an all-staff meeting this week, StoryCorps workers, members of CWA Local 1180, announced to a roomful of colleagues and managers that they were walking out and attending the rest of the meeting remotely to send a message that after nearly two years of bargaining, management needs to come to the table now and negotiate a fair agreement on wages and healthcare.