A group of Santander Consumer USA Holdings Inc. workers, assisted by CWA, met with Members of Congress from the House and Senate on Capitol Hill last week to share concerns that Santander encourages its workers to engage in practices that harm consumers and bank workers. The workers, members of CWA's Committee for Better Banks, participated in two congressional briefings for the House and Senate, met with officials from the Consumer Financial Protection Bureau, and met with Senator Elizabeth Warren (D-MA), Rep. Marc Veasey (D-TX), and Rep. Al Green (D-TX).

A new report authored by the AFL-CIO and the National Employment Law Project called Wheeling and Dealing Misfortune details how Santander workers are encouraged by management to extend and modify financially stretched consumers’ loans without explaining fully the costs or risks, among other harmful practices.

Bloomberg featured a piece about the workers' visits to Capitol Hill and the report on Santander:

"In an industry where products and services with the potential to cause consumer harm are widespread, Santander's metrics and incentive system compel collections employees to use the aggressive collections tactics that they've developed as skills in their trade and while working at Santander," the report says, alleging the auto lender's system of rules and ratings encourages employees to speed through calls and push changes to loans that can be harmful to borrowers. They say unionization would allow them to fight the practices without fear of retaliation.

The push for unionization at one of the biggest U.S. subprime auto lenders comes as bank sales practices are coming under intense scrutiny. Earlier this year Wells Fargo & Co. reached a deal to resolve a national class-action lawsuit over claims that employees may have opened more than 2 million deposit and credit-card accounts without customers' permission since 2011. In the wake of that scandal, Santander employees and the unions looking to organize them have found a sympathetic ear in Washington.

"The behavior outlined in this report is troubling and, if true, shows that predatory practices boost profits for banks and their executives while hurting customers and workers," Ohio Senator Sherrod Brown, the ranking Democrat on the Senate's banking committee, said in an emailed statement after his office saw the report. "It's critical workers are empowered to speak out if their company is harming them or its customers, and I urge Santander to respect the rights of these workers to elect union representation that will give them those protections." 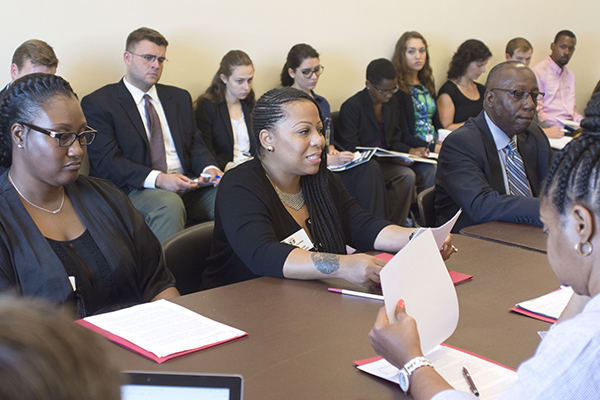 Santander workers, members of CWA's Committee for Better Banks, testified at congressional briefings for the U.S. House and Senate, and met with Senator Elizabeth Warren (D-MA) to share their stories. 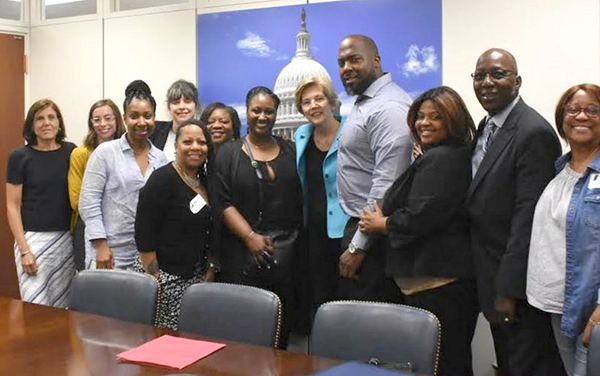