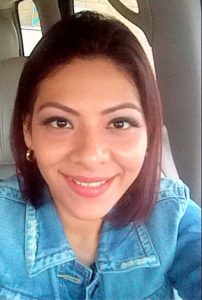 Nancy Barrios is a proud Texan and member of CWA Local 6222. Nancy was born and raised in Houston where she still lives with her husband and three children. She discovered her passion for the labor movement by working with immigrants and as a customer service rep for AT&T. Nancy became a shop steward to give a voice to workers who feared retaliation from management. Then she became an organizer, Next Generation Lead Activist for District 6, and chair of the Women’s Committee.

Nancy wants to provide a good example for her children, teaching them to fight for what they believe in and stand up for those who don’t have a voice. She believes that education is crucial for young people who want to be involved in the Union and that organizing is the key to ensuring that anyone in any job is treated with dignity and respect, regardless of title or industry.