Democracy at a Crossroads

Democracy at a Crossroads was released on January 15, 2016. Produced by the Democracy Initiative Education Fund, the report explains how Americans’ rights at work and their political rights are linked. We examine the attacks currently underway against those rights, and we offer a path forward. The report focuses on political and workplace rights, but similar connections link other equally urgent issues, including climate change and economic inequality.

In our government of, by, and for the people, we entrust elected officials with decisions that directly influence the quality of our lives: whether polluters are allowed to poison our water, whether workers are able to bargain for better conditions and wages, what taxes we must pay and how that money should be spent, and whether justice will be administered fairly.

Unfortunately, everyday Americans’ voices in the political arena are being silenced. And we are now witnessing unprecedented attacks on three pillars of our democracy:

These attacks on American values are the result of an organized effort to shift political power away from ordinary citizens to a small, wealthy elite. This elite group is using vast resources to influence policy makers, the media, and the public to protect its position. The same group has taken aim at the foundations of our democratic tradition, undermining principles of equal representation and civic participation that sustain our nation. Attacks are taking place in state legislatures, in the U.S. Congress and federal agencies, and in the Supreme Court.

That’s why the Democracy Initiative, a new network of civil rights, workers’ rights, environmental, and other like-minded organizations with diverse memberships, is committing to building a broad movement of millions to fight back and promote measures that strengthen our democracy. By working together, we’re seeing results:

We believe that these victories for democracy are inextricably linked to achieving success in other crucial areas, including climate change, student debt, and fairly administered criminal justice.

Who is Leading the Attack on Democracy?

Extreme conservative organizations and a handful of powerful ultra-wealthy Americans are supporting efforts to disenfranchise everyday citizens by enacting laws that make it harder to vote and eliminating measures that open up the democratic process. The same extremists are weakening campaign finance laws and the ability of workers to organize into unions. The goal is simple: to strengthen the economic and political power of large corporations and wealthy special interests.

The Attack on Democracy in the States

The anti-democracy agenda is charging forward in state legislatures across the country.

In 2015 restrictive voting laws were pending, active, or passed in 17 U.S. states.

From 2011 to 2015, legislators introduced 395 new voting restrictions in 49 states. These limits on voting are aimed at exclusion: keeping large numbers of voters who tend to favor pro-worker, pro-civil rights policies and a government that helps those in need away from the polls in order to maintain the power of wealthy special interests.

As of July 2015, 22 states had enacted new laws making it harder for Americans to vote. Current attacks—the worst since the Civil Rights Era—disproportionately impact people of color, youth, working people, and senior citizens. 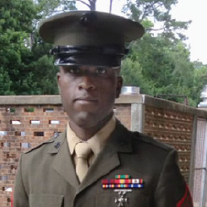 Dale Hicks, a U.S. Marine Corps veteran, moved from Jacksonville, North Carolina, to Raleigh in 2014. He called the election board to find out where his new polling place would be and was told that he could not legally vote in Raleigh or in Jacksonville. The state had eliminated same-day registration and out-of-precinct voting, leaving Hicks with no alternative beyond a “provisional” ballot that went uncounted.

“I was denied my right to vote,” says Hicks, who has joined thousands of others fighting disenfranchisement at the state level. “I am joining the age-old fight against racism and bigotry...In the struggle to change our society into a truly just one, we must adopt a strategic plan of action that makes our voices relevant.”

At the same time as many states have pushed legislation to keep citizens from the polls, they have pursued parallel efforts to strip workers of political and economic power. The measures enacted so far—often supported and funded by ultra-wealthy elites like the Koch family—undermine unions by eliminating bargaining rights of organized workers and allowing employees who benefit directly from collective bargaining for better pay, benefits, and working conditions to opt out of contributing to the expenses of the unions.

Campaign finance law is the third target of those who work to silence the majority at the state level. The 2010 Supreme Court ruling in Citizens United v. FEC was a watershed event, virtually eliminating restraints on the big money taking over our political system. Since 2010, states have passed laws allowing larger campaign contributions, opening up unlimited “independent” spending, and undermining laws that make small donations important.

The Attack on Democracy in Washington, D.C.

At the federal level more money is influencing our elections and government policies than at any other time in our nation’s history, and voting rights are under the strongest attack in 50 years. Yet Congress, with the complicity of some federal agencies, refuses to change the system.

Some members of Congress have tried to pass bills that would require corporations and other large contributors to elections to disclose their donors, but Senate filibuster rules requiring a 60-vote threshold have defeated those efforts, even if a majority of Senators voted in favor.

The Employee Free Choice Act (EFCA) would have fixed loopholes in current labor law and leveled the playing field in the workplace, but the pro-big-business U.S. Chamber of Commerce spent over $200 million attacking EFCA. Despite passing by an overwhelming margin in the House, the bill never made it to the Senate floor because of Senate filibuster rules. In this and dozens of other cases, corporate interests won at the expense of working families. Carefully orchestrated attacks on workers’ rights, billionaires’ influence, and refusal to improve voters’ access to the polls are all manifestations of the anti-democratic agenda in Congress.

The Attack on Democracy in the Supreme Court

The Supreme Court’s decisions in Citizens United (2010) and McCutcheon v. FEC (2014) made it much easier for deep-pocketed donors to influence the political process. As Justice Stephen Breyer wrote in his McCutcheon dissent, the two decisions have “eviscerate[d] our nation’s campaign finance laws, leaving a remnant incapable of dealing with the grave problems of democratic legitimacy that those laws were intended to resolve.”

As economic power has steadily become more concentrated, so has political power, with the
campaign contributions of the richest “1% of the 1%” skyrocketing. 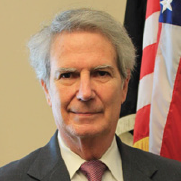 I think the only way to return government back to the people is to have sanity in fund-raising, and that’s why I’m a strong supporter of public financing. … [Money] has huge influence. Policy decisions should be made based on what’s right and what’s wrong, not on … who might be interested in that decision. … Let’s think about the good of our country. Let’s think about the future. Are we going to continue to go down the road where the average citizen has no confidence in their government?

In recent years, the U.S. Supreme Court, led by Chief Justice John Roberts, has made decisions favoring corporations more often than at any time in the last hundred years. Through attacks on “fair share” fees, the Court has sharply limited the ability of unions to represent workers effectively at the bargaining table and in politics. Millions lose their power in our society when their collective union voice is silenced.

In 2013, by a 5 to 4 decision, the Court struck down the heart of the Voting Rights Act, which required places with a record of racial discrimination to get approval from the Department of Justice before making changes in their voting systems. With this decision and others upholding restrictive voter ID laws the Court restricted the most fundamental of all our democratic rights. 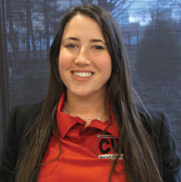 There’s a small, elite group among the wealthiest Americans that is doing everything it can to impose its will on the rest of us. They are on a mission to gut unions and decimate their political power. Every day I see a concerted attack on public sector workers, but I still feel hopeful because so many people I meet share progressive values and want things to change.

Reclaiming Our Voices and Marching Forward

Despite the challenges of the past few years, a growing pro-democracy movement is pushing back. Polls show the majority of Americans favor stronger campaign finance laws and restoring the Voting Rights Act. Most also oppose weakening peoples’ voices in the workplace. Across the country citizens have fought to block restrictive labor and voting bills, to expand access to the ballot box, and to pass laws making small campaign donations more important than big money.

The Democracy Initiative believes we must promote and protect the effective participation of all Americans in our political system. When we join together to build a movement of millions of Americans and to ensure every voice is heard, there is no fight we can’t win. Together we have the power to make change.

Full report written with research and editorial support from the
Communications Workers of America and Every Voice Center. 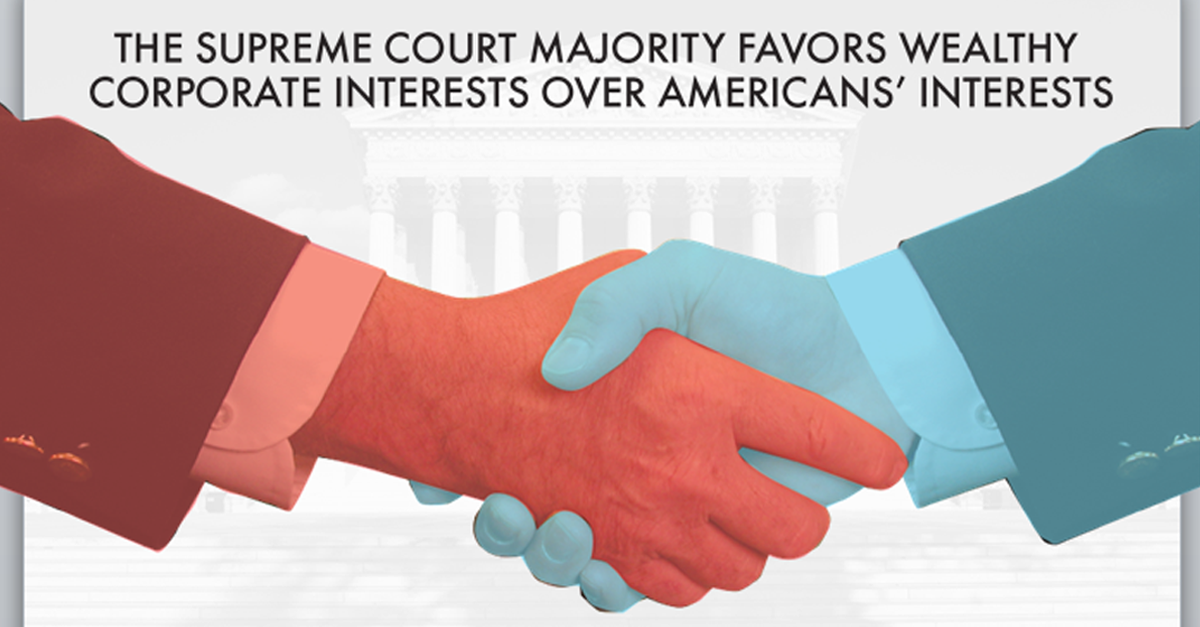 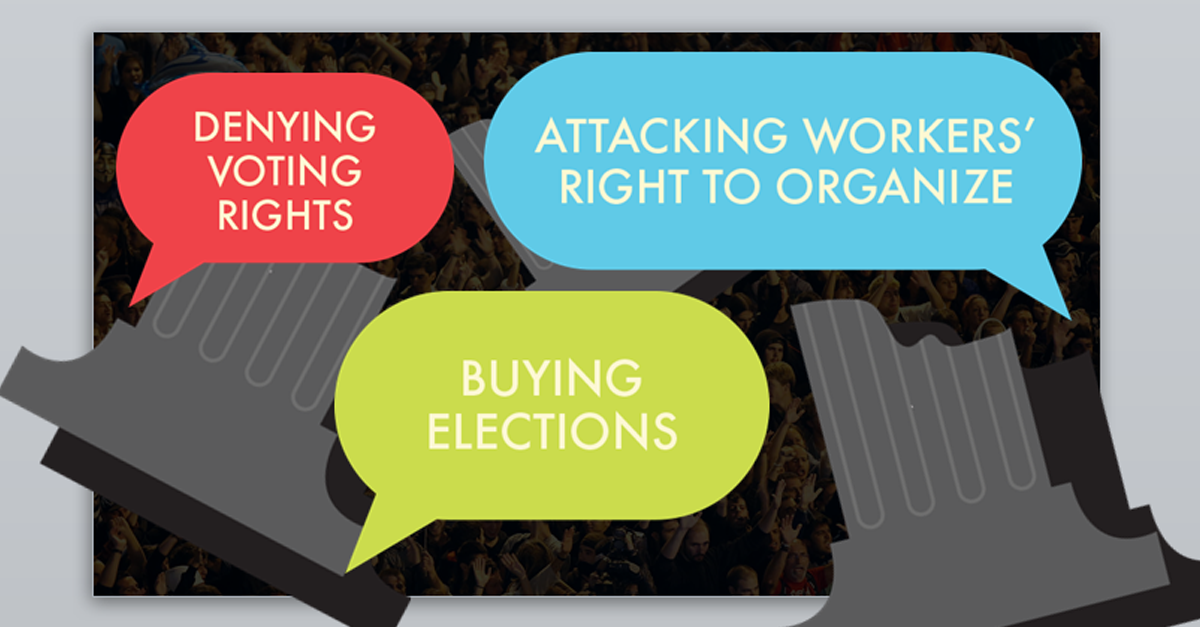