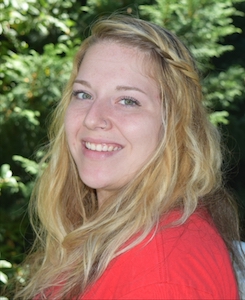 Carissa Hahn was born in Anchorage, Alaska, but she has called the Seattle metro area home since age ten. She lives with her husband and two stepdaughters and wants to create a better world for all of them. Carissa got involved in the Union after attending labor rallies in Seattle, and she now serves as an Executive Vice President for CWA Local 37083. In 2017 she became the District 7 Lead Activist for the Next Gen program and during contract negotiations served as the Washington state Mobilization Coordinator.

Carissa believes in the power of a union contract. She wants to provide education and new leadership opportunities for all the young workers in the movement who are full of energy and making a difference in their workplaces and communities. Carissa is inspired every day by the workers she meets and wants to help them realize the power they can have in solidarity.