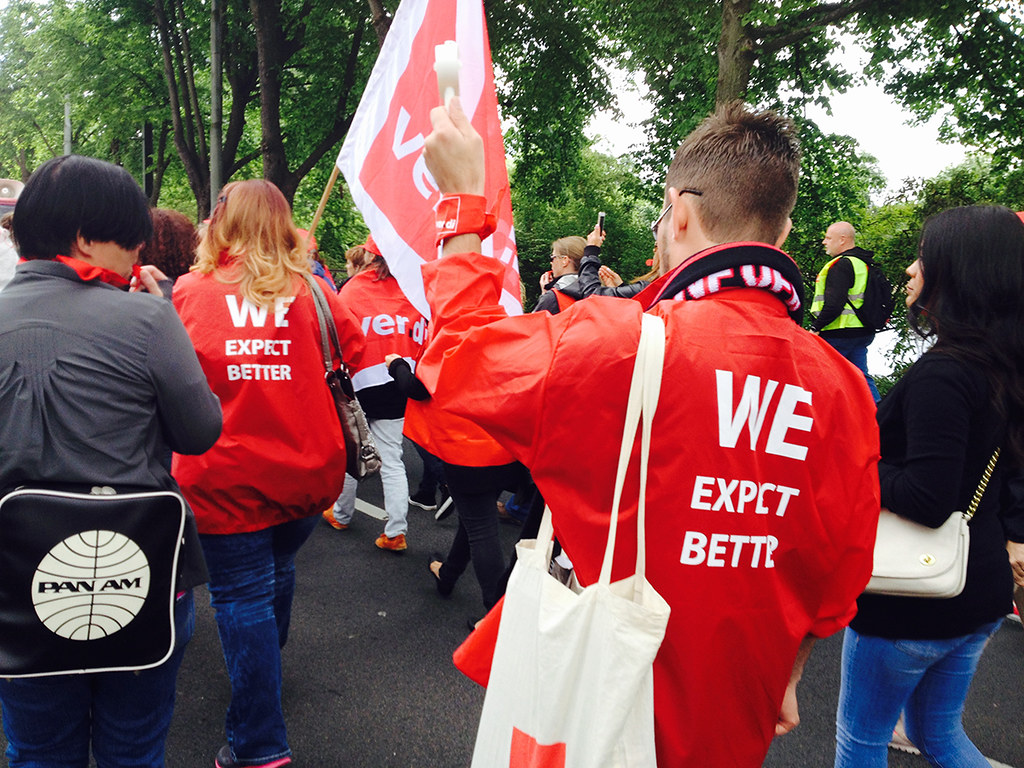 CWA's delegation marched with early childcare educators, who are currently in strike all over Germany. 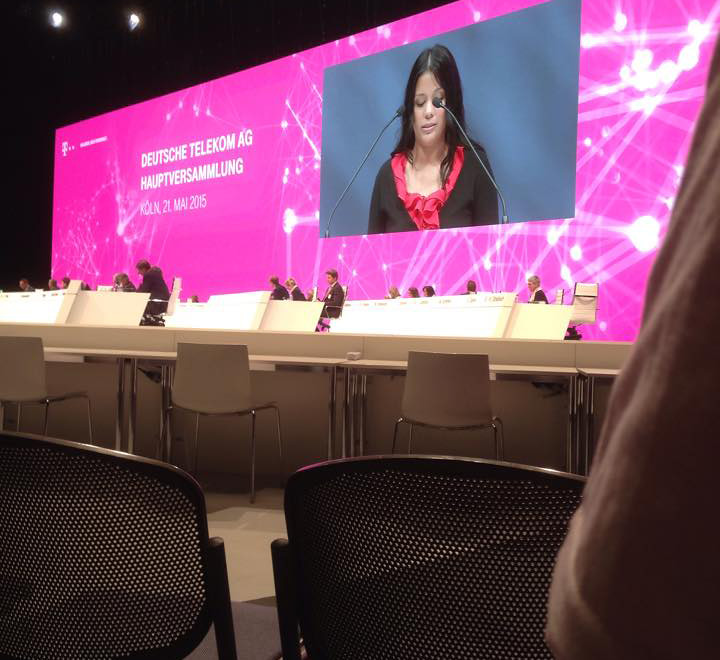 "T-Mobile workers who speak up for the union or engage in union activity are under constant surveillance, and management creates excuses to fire them," she said, speaking at the annual meeting of shareholders in Cologne, Germany. "The U.S. subsidiary of Deutsche Telekom is engaging in union avoidance – uncompromising and guilt-free."

Figueroa continued, "Does Deutsche Telekom want to take responsibility for the constant wrongdoings of American management? I ask the management board, why can't you stop this? Why can't you order T-Mobile to stay neutral? Too many of my co-workers have been disciplined and fired for their union activism."

Figueroa is a TU member who has been working with CWA and the 2 million-member German union ver.di, which represents workers at Deutsche Telekom, to build a movement for a union voice on the job and a fairer workplace. Thousands of ver.di members have held rallies against the unfair treatment of American T-Mobile workers, and workers on both sides of the Atlantic have created workplace partnerships to build solidarity.

Following weeks of public pressure by activists, T-Mobile management recently announced important nationwide changes regarding its American call center workers' ability to request and receive time off. TU members' stories were the centerpiece of The Center for Popular Democracy's latest report on how American workplace protections are badly out of sync with the needs of today's working families, "Hour by Hour: Women in Today's Workweek."

TU members were also instrumental in a recent National Labor Relations Board (NLRB) decision that found T-Mobile guilty of engaging in nationwide labor law violations against its workers. The judge ordered the company to rescind its illegal policies and inform all 46,000 employees about the verdict and the policy changes.

But, to date, the company has not followed the judge's orders, nor has it appealed 9 of the 11 guilty findings.

Earlier this month, ver.di chairman Frank Bsirske submitted a petition to the German Bundestag, urging the parliament to use its shareholder power to pressure Deutsche Telekom into enforcing international labor standards at T-Mobile. The petition demands organizing neutrality and the respect of workers' rights at all Deutsche Telekom sites abroad, and it asks the German government, which owns about 32 percent of the company, to investigate T-Mobile.

On June 2, activists will be attending T-Mobile's annual shareholder meeting in Bellevue, Wash. Two TU members, co-workers of Figueroa at the Albuquerque call center, will be delivering a petition to T-Mobile CEO John Legere, demanding, "T-Mobile, follow the judge's orders and revoke your illegal corporate policies and inform your employees you will stop breaking the law!"