America needs a raise. Productivity, profits, executive pay and the stock market keep going up, but the incomes of working and middle class families keep going down. The gap between the rich and the rest of us is growing, and that makes it harder for families to maintain a middle class standard of living.

The Rich Get Richer

From 2009-2012, 95 percent of income gains went to the 1 percent. So it’s not surprising that the 1 percent is fully recovered from the economic downturn. The rest of us, not so much. The incomes of the bottom 99 percent have barely started to recover.  This wage gap has widened in every state. You can check out your state at www.epi.org/publication/unequal-states.

The gap between workers’ wages and increases in productivity, now more than $500 a week,  is the widest it’s ever been. There won’t be a robust economic recovery unless the 99 percent start to make real gains in income. 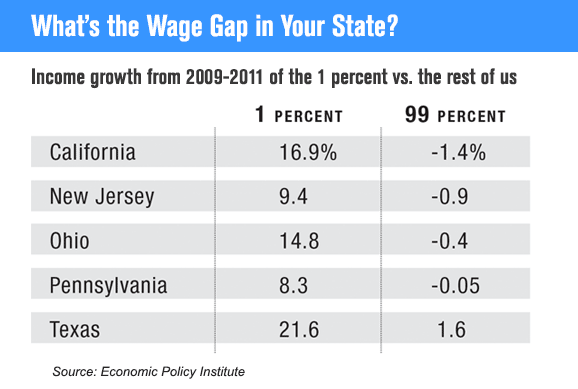 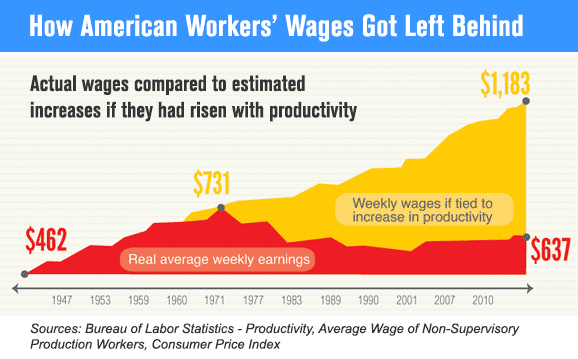 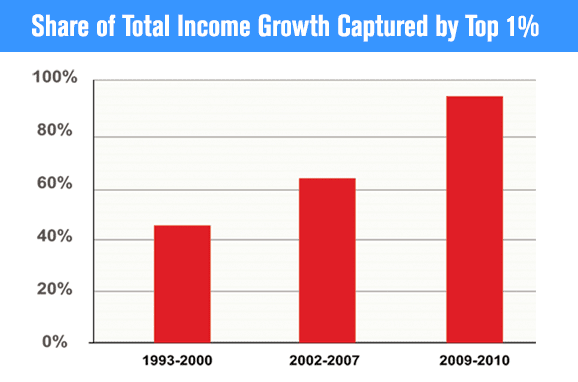