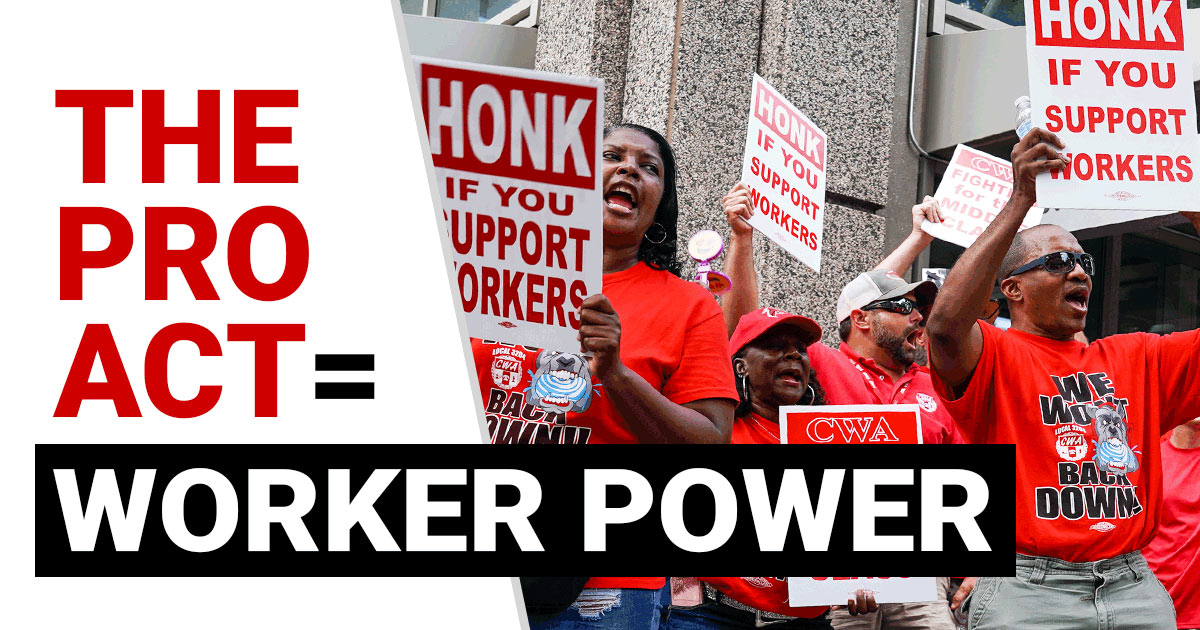 The House of Representatives has passed the PRO Act, now we must push the Senate to do the right thing and pass this bill!